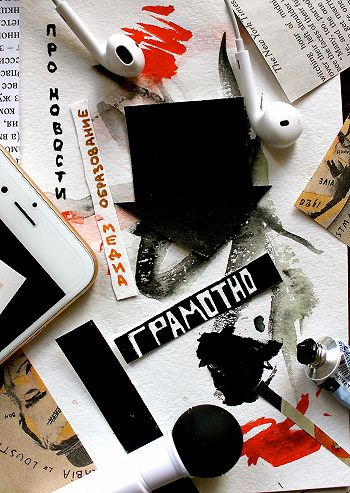 Media Education and Media Literacy play a central role in the life of a modern society, where Media is understood to be a public good and an institution for the development of citizens. The Russian Ministry of Communications included Media Education in its list of priorities for developing the media space. Media Literacy should be part of the media ecosystem and education, and News Literacy (a new concept for Russia and in education) should help to develop the audience’s critical thinking and critical autonomy.

In 2013, for the first time in Russia the Faculty of Media Communications (National Research University “Higher School of Economics”) created a News Literacy Course (attended in 2013-2014 by about two hundred undergraduate students) and made it a compulsory part of the degree programme. The First Conference on this area in March 2014 was  a great success and attracted a large number of Russian and foreign participants from the USA, France, Brazil, India, Poland, Armenia and Ukraine. More than a year has passed since then and the condition of the Media Space in Russia and in the world, and global and local information conflicts have made the subject of the conference extremely acute and highly topical.

The field of Media Literacy is at a crossroads of many academic disciplines and it has multidisciplinary characteristics. The conference in Moscow will bring together scholars and teachers, engaged in research in different areas of Media and Education, and also media professionals (who work with educational content), to discuss new trends in Media Literacy.

The main aim of the Conference is to continue cooperation between researchers in different universities around the world, studying the problems of Media Ecology, Media Literacy, Media Education and Media Culture.

The main sections of the conference: