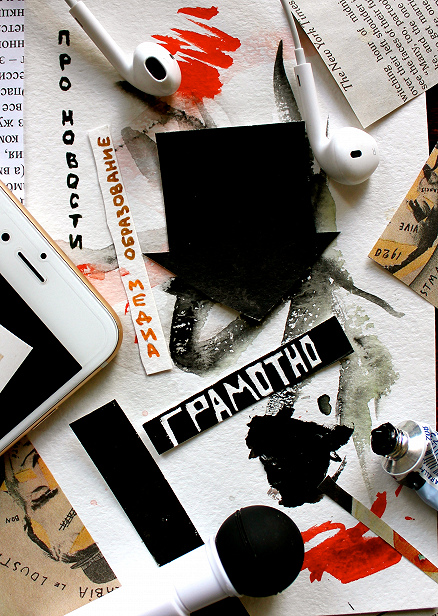 Media Education, Media Ecology and Media Literacy are the most important part of life of the modern society, where media is understood as a “common good” and an institution for the development of citizens. Media Literacy becomes a part of the media and education ecosystem; it helps develop “critical thinking” and “critical autonomy” of the audience.
2014 – 2016 was the time of a local military and global media struggle, political referendums and landmark elections, which was accompanied with a growing crisis of professional journalism, distortion of media space (propaganda, fake information, pranking, digital aggression, trolling, etc.), “informational uncertainty” increasing against this background and “informational overloading”, dismal state of intolerance to media in the whole world, manipulating and fundamental changes in media consumption of people in many countries of the world who tend to fail to discern news and advertising, facts and falsehood, and who do not think it necessary to verify their sources. The task of the international conference which will be held in Moscow for the third time is to extend and promote media information literacy (MIL) and critical autonomy of citizens with regard to the media.
The media ecology and media literacy field lies at the crossroads of many academic disciplines and is of interdisciplinary nature. The conference will gather scientists and teachers who are involved in conducting studies in various fields of media and education, as well as media experts who work with educational content, in order to discuss topical issues of media education development. Annually media researchers from Norway, Finland, Sweden, Canada, Spain, Italy, Poland, USA, Hong Kong, Germany, Ukraine, Armenia, Belarus, Georgia, Moldova, experts of international and national Associations of Media Ecology and Media Literacy are invited to participate in the conference.
This year the conference will be attended by Professor Phil Rose (McMaster University); Professor Tapio Varis (University of Tampere); Professor Elena Lamberti (University of Bologna); Professor Jonathan Sanders (Stony Brook University); Lecturer Huyen Nguyen (University of Social and Humanitarian Sciences in Ho Chi Minh City). On the opening day of the Conference, the professor of the Fordham University in New York City Paul Levinson, American writer and professor of communications and media studies, will make the report "Fake News in Real Context". The conference will serve as a continuation of cooperation between universities of various countries of the world which are involved in media ecology, media literacy, media education, media culture and media criticism.